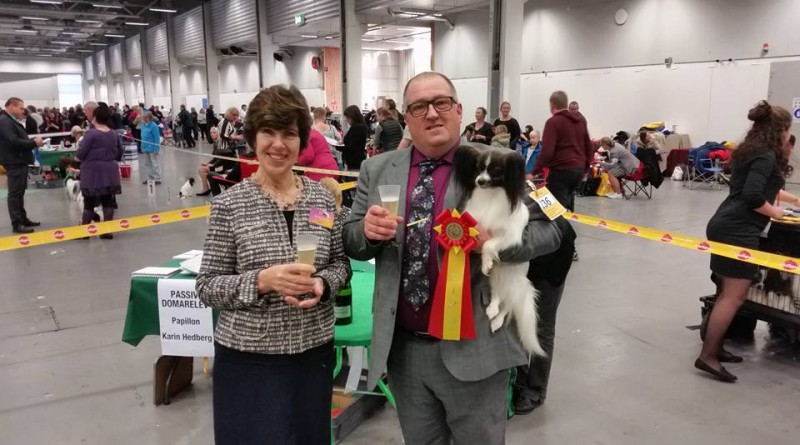 These are the results of Kennel Caratoots:

With these results of the last show in Sweden for 2015, our Ch. Topasar Rhapsody In Red became the xx Top Winning Papillon 2015 in Sweden! Thanks Alla and George for entrusting us with this fabulous girl!

We are once again the most winning Papillon breeder in Sweden. The Top Winning Veterans, both male and bitch, are also bred and owned by us: Ch. Caratoots Complete Coronation and Ch. Caratoots Certain Capability.